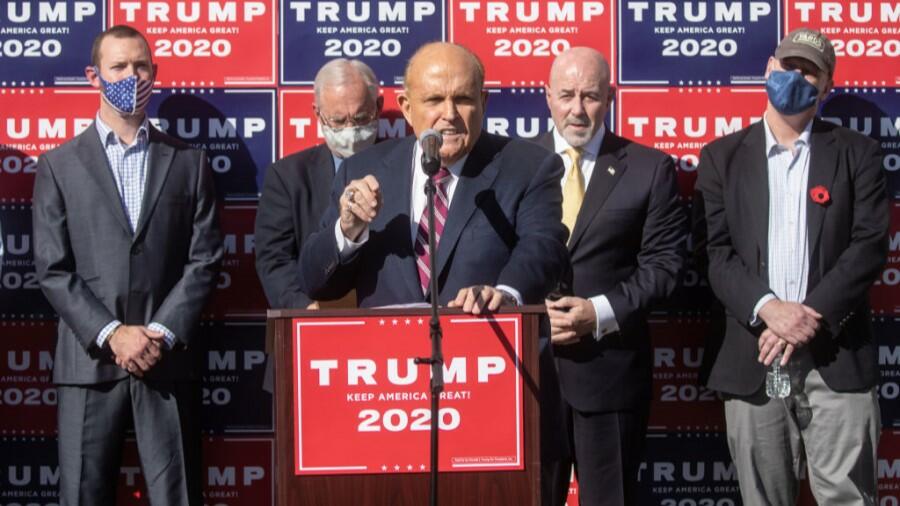 Trump campaign lawyer Rudy Giuliani claims it is clear that there was widespread voting fraud in the presidential election. Giuliani called a briefing in DC and alleged that there was a "plan from a centralized place" to prevent President Trump from being re-elected. The former New York City mayor pointed to Democratic mayors in large cities like Philadelphia, but offered no proof of wrongdoing. Giuliani again pushed unfounded accusations about massive mail-in voting and claimed it is particularly susceptible to "mass cheating."

President Trump has refused to concede the election to Democrat Joe Biden, who is projected to have won 306 electoral votes. A presidential nominee needs 270 electoral votes to win the White House.