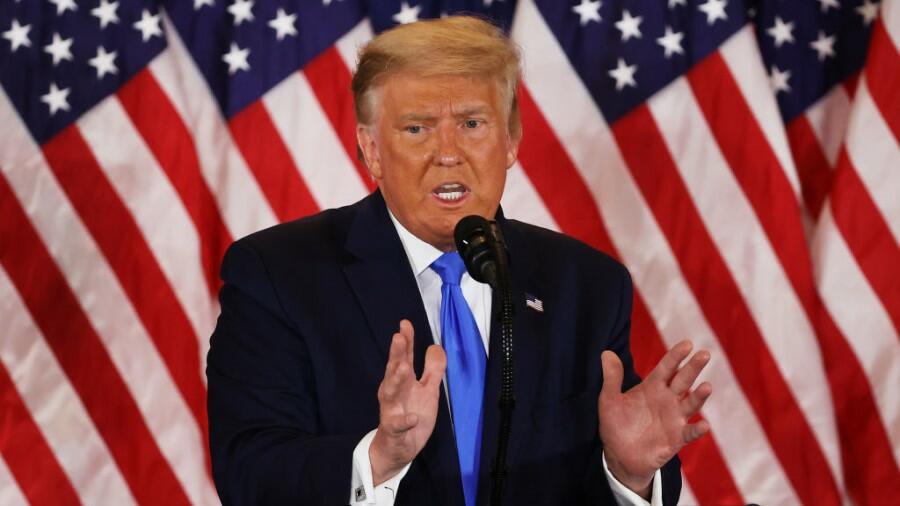 The 2020 presidential election is still unresolved. Ballots in several battleground states are still being counted, including Pennsylvania, Michigan and Wisconsin. Georgia, North Carolina, Arizona and Nevada are also up in the air. President Trump appeared at the White House in the middle of the night and said, "We did win this election." He also vowed to go to the U.S. Supreme Court in an effort to stop ongoing vote counts. A statement from Democrat Joe Biden's camp called Trump's remarks "outrageous, unprecedented and incorrect."