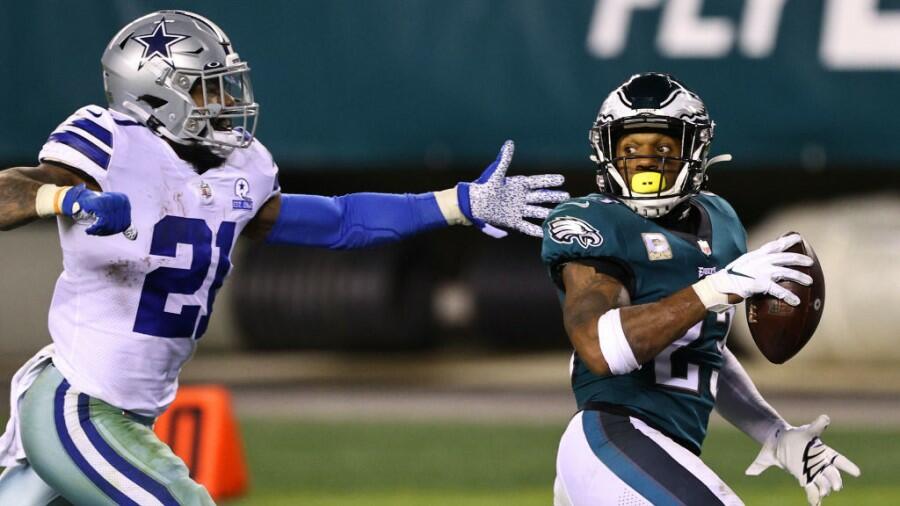 Ben DiNucci completed 21 of 40 passes for 180 yards in his first start, but his two lost fumbles led to two Eagles' touchdowns in a 23-9 Cowboys' loss in Philadelphia. Rodney McLeod returned a DiNucci fumble 53 yards for a touchdown with 5:18 left to seal the Philly victory. Greg Zuerlein kicked three field goals for the Dallas points. Rookie Trevon Diggs had two picks in the loss. Dallas drops to 2-and-6. The Eagles lead the NFC East with a 3-4-and-1 record.