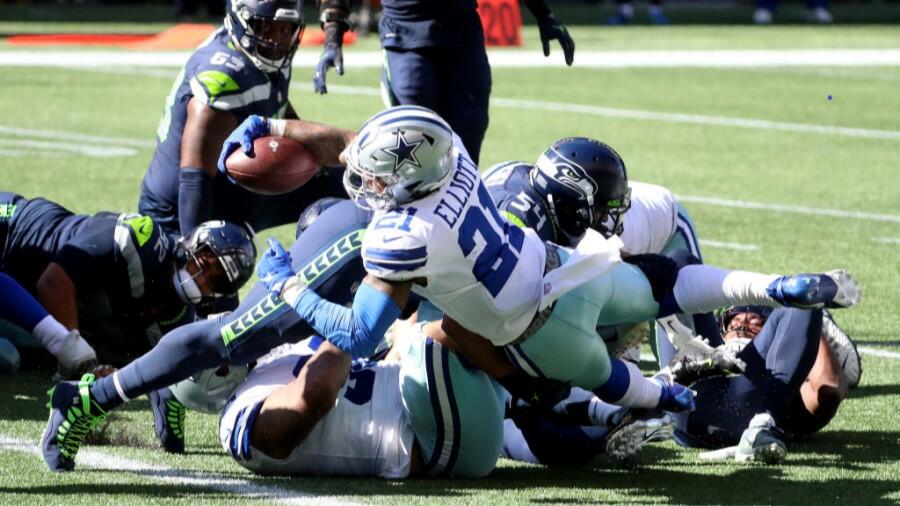 Russell Wilson's fifth touchdown pass of the game gave the Seahawks the lead in the final minutes as they outlasted the Cowboys 38-31 in Seattle. He found D.K. Metcalf for a 29-yard score with 1:47 left to play. Wilson finished with 315 yards passing and five TD's. He how has a NFL-record 14 touchdown passes through three games.

Tyler Lockett tallied nine catches for 100 yards and three TD's as Seattle improved to 3-and-0.

Dak Prescott piled up 472 yards and three touchdowns through the air for Dallas, but also threw two costly interceptions and lost a fumble. Cedrick Wilson caught five passes for 107 yards and two scores for the Cowboys. Aldon Smith recorded three sacks, but Dallas dipped to 1-and-2.