BUCK: We do in fact now have Senator Ted Cruz from the great state of Texas. Senator Cruz, it’s good to talk to you again.

SEN. CRUZ: Gentlemen, great to be with you.

CLAY: Senator Cruz, I was gonna start with you here. Thanks for being on. I know you’re an NBA fan —

CLAY: Game 6 tonight is going on between the Bucks and the Suns. But the ratings have dropped 50% in Game 5 compared to what they were two years ago. As a longtime NBA fan, is this a perfect example of getting woke and going broke?

SEN. CRUZ: You know it may well be. There’s no doubt the NBA has gotten much more politicized. I’m glad to see this season they backed away from the nonsense they had last year so they don’t have Black Lives Matter painted on the court anymore. They don’t have the politically left slogans on the back of their jerseys anymore. So that’s a step in the right direction. It may just be that Phoenix and Milwaukee are smaller markets. That may be driving it. I’ve been enjoying this Finals. I didn’t watch last year, and I’ve been watching this one. They’re both good teams and it’s been good basketball.

BUCK: Senator Cruz, I want to ask you about what is going on at the U.S.-Mexico border. You know, there was a Fox News correspondent who shared a video of, well, a couple things going on. One is hundreds of migrants — I believe it was in the Del Rio sector — who were trying to just physically push past members of Border Patrol because they had them so overwhelmed. It was men, women, children, just hundreds of people.

That happened. And you also have people showing up and saying not just that they’re coming from Central America, which we’ve known for a while. There are roughly 70 countries in the last year that I know of that are represented in illegal crossings at the border, people coming from Vietnam, Haiti, Cuba, China, Pakistan. What is going on right now, and how is the Biden administration doing anything, financing, about it?

SEN. CRUZ: Well, it is a full-on crisis and catastrophe at the border. And it is the direct result of decisions by Joe Biden and Kamala Harris. We have open borders right now. And, you know, you talk about the people coming in. We’ve had over a half million people come in illegally already this year. We’re on pace for more than two million people to cross illegally.

It is the highest rate of illegal immigration in over 20 years, and it is an absolute disaster, particularly we’re dealing with a pandemic. We’re seeing people come over with high rates of covid positivity. They’re being released into our communities. And even worse than that, the Biden administration is talking about wanting to step back from Title 42.

Which is the tool that is used right now to try to protect against releasing people who are covid positive. They are so committed to open borders, to not enforcing our laws, that they’re willing to jeopardize the health and safety of Americans to do so. And, as you rightly noted, we’re seeing people from countries all over the world coming across our southern border. 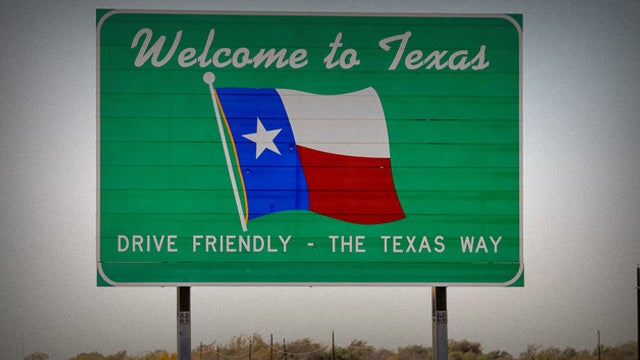 If you’re a terrorist, if you want to do harm to America, and you know that Joe Biden has opened up the southern border — if you cross, you can stay and they’ll let you go — sell, we’re seeing that happen as people are heading there to take advantage of this lawless catastrophic.

BUCK: Just one more on this, Senator Cruz — and we’re speaking to Senator Ted Cruz of Texas, for anyone who’s joining us in progress here. Senator Cruz, it seems to me that Kamala as the border czar, the vice president, has effectively abandoned the portfolio. We don’t hear anything about it, there are no speeches about it, and there is clear dissension in the ranks even among some of her staffers.

And there was some back and forth over did Biden hand this to her so he wouldn’t have to deal with it. Generally, on an issue like this, we’d be talking about a difference of opinion on how to handle, as you rightly put it, a crisis. Are they doing anything? I mean, and I ask you that in all earnestness. What is the federal government, from the White House down, doing to stop this massive, unprecedented flow of illegals?

SEN. CRUZ: Well, they’re not, and the reason… It was three decisions made by the Biden administration in the opening weeks that that caused this crisis. Number one, the first week in office Joe Biden immediately halted construction of the border wall. Number two, he reinstated the failed policy of catch-and-release.

And number three — most indefensibly — he ended the very, very successful Remain-in-Mexico international agreement. That was an agreement President Trump had negotiated with the government of Mexico that people who crossed illegally into Mexico would remain in Mexico while the U.S. asylum cases were pending.

That was an historic agreement, and it resulted in last year, we had the lowest rate of illegal immigration in 45 years. It was an incredible success. Biden ripped it to shreds, and it caused this massive deluge of illegal immigration. Now, here’s the problem that Biden and Harris have. They’re unwilling to change any of those three policies.

That’s why Joe Biden is terrified to go ahead border and hasn’t been there. That’s why Kamala Harris for months refused to go to the border. Then when she did, it was really striking. She went to El Paso. El Paso is a lovely city. It’s a great city with a lot of legal trade back and forth with Mexico. 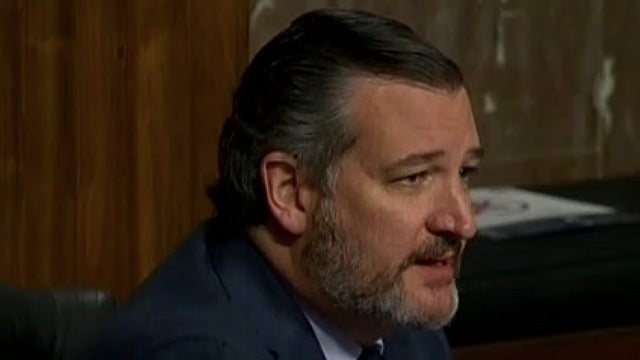 And the reason Kamala didn’t want to go to the Rio Grande Valley is if she’d gone there, she would have to see the Biden cages — kids in cages lined up in unsafe environments, children after children after children — and she doesn’t want the TV cameras to cover it. Their strategy is they’re counting on the media just ignoring this problem because they’re unwilling to do what it takes to fix it.

CLAY: Senator Cruz, five — I think now six — Texas statehouse members have tested positive for covid while they are in Washington. How does this situation resolve itself, and what do you think of the Texas House members fleeing your state to come to Washington, D.C., and avoid doing their jobs?

SEN. CRUZ: Well, I think they are ridiculous. I think they’re pulling a political stunt. I think they’re pulling it badly. They’re trying to call themselves these incredible, heroic civil rights protesters. In fact (laughs), they’ve likened themselves to the protesters on the Edmund Pettus Bridge, which if you ignored the billy clubs and the dogs and the beatings and you replace them instead with a private jet and a case of Miller Lite, then I understand their analogy.

I think they’re just playing for the camera. They are lying about the underlying bill in Texas. The underlying bill in Texas protects voting rights and protects voter integrity. They’re not talking about the substance of it. They are just engaged in dishonest political attacks. But you asked, “Where does this end up?” Their stunt will fail. Eventually, they will come back to Texas.

When they get tired of palling around with media folks and transmitting covid to Democrats in the White House and Nancy Pelosi’s office, they’ll come back to Texas. And when they come back to Texas, the governor has said he’s gonna call special session after special session, and the Texas Constitution is absolutely clear, that the Speaker of the House of the has the authority to arrest legislators who flee to try to defeat a quorum.

And so if they refuse to go do their job, when they return to Texas, they will be arrested and physically located on the House floor so the legislature can do its job. And I think at the end of the day, Texas is gonna pass common sense voter integrity law that protects everyone’s right to vote but that prevents voter fraud.

CLAY: Last question for you: A $3.5 trillion budget as well as the infrastructure bill. What happens in your mind reading the tea leaves and the votes as this process plays out? What happens?

And every bit as bad, inflation keeps going up and up and up: The cost of food, the cost of lumber, the cost of homes the cost of gas. Everything is going up, and and they keep printing money. Brrrr! The money printer keeps going. That’s what we’re seeing. And it is wildly irresponsible.

BUCK: Senator Cruz of Texas. Senator, great to have you on. Come back soon.