Even though it was Chicago Mayor Lori Lightweight (proving the validity of Rush's nickname for her even more in this embarrassing instance) who was rudely demanding additional time off when emailing her scheduler, it just might be that poor soul who instead needed it due to the mistreatment, Guide Host Ken Matthews chuckled. 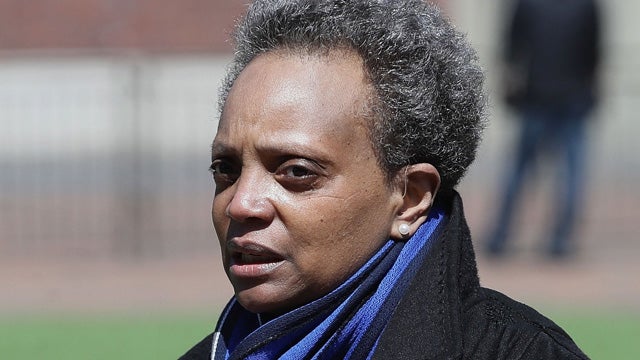 In fact, Ken knew he wouldn't be the only one guffawing as he introduced the laughable topic: "This is just too good to pass up. 'Cause if you don't laugh, your head is gonna explode."

In just another instance of out-of-touch lib politicians wasting precious public service time, tantrum-prone Lightweight let her fingers go wild while tapping, and tapping, and tapping - and then tapping some more - out an email to her scheduler. Word of this leaked out to such a degree, Ken smirked, that Lightweight/city hall Chicago Tribune beat reporter Gregory Pratt filed an FOIA request to see the egregious emails.

In a hold-the-presses moment, shock ensued when it was seen that Lightweight wrote this exclamation pointed line sixteen times in a row: "I need office time every day!" Office time, common in such circles, Ken reminded, is considered "typically a less structured part of the day when the mayor can think, write, or make long-term plans or tell the police officers to stop chasing perps, whatever they do in Chicago."

And that wasn't the only such incredulous maniacally repeated line about the restful state she was requesting (and thereby proving beyond a doubt she was lacking), the entertaining, though ultimately frivolous, investigative reporting showed.

"'Not just once a week or some days. Every day,' exclamation point she wrote 10 times," Ken laughed. "'If this doesn't change immediately, I will just start unilaterally canceling things every day.' She wrote that five times. 'Have I made myself clear,' finally, exclamation point, question mark. Thirteen times. This is like The Shining."

At the recent press conference due to these "revelations" (yes, even more wasted lib government time), Lightweight announced that she had resolved all issues since they occurred five months ago. One big question went unanswered: Did the abused scheduler ever get any deserved downtime?

Ken noted the real headline should have been that Rush got it right yet once again when we heard him essentially saying Lightweight is so confused she doesn't even define herself properly, poo-pooing being classified as an "originalist" because the country had no place for her as a gay, black woman. But Ken noted Rush "brilliant again" as he set her skewed thinking straight by saying:

"Whereas Lori Lightweight doesn't think the Constitution was anything for her, what is she now?" Rush insightfully asked. "The mayor of Chicago. How does it happen? How did a woman who thinks that the Constitution didn't even consider her a person in any way, how did she end up being the mayor of Chicago? And the answer is the very document that she thinks left her out of everything was the document that permitted - maybe the wrong word - that contained within its writings the ability to change it, to amend it, to evolve. And by the consent of the governed, by the consent of the people, she is now considered a full-fledged person because the Constitution was malleable. It was adaptable. I think it is a testament to the brilliance of the Constitution."

Over Lightweight's head? Just Rush ultimately shining the light on why she does the things she does, like her swim in email-infested hot water.