RUSH: Now, do I have this right, folks? It looks like Barack Obama is endorsing the Trump economy by asking to take credit for it or claiming to. I mean, if Obama's out there saying that this is his economy, then he's endorsing it, right? Now, Obama had nothing to do with this economy. Anybody who lived through the Obama years knows it, and we're gonna demonstrate it today. We've got the audio sound bites of Obama telling people in Ohio (impression), "Your jobs are not coming back," of Obama saying, "What's he gonna do? Just wave a magic wand? 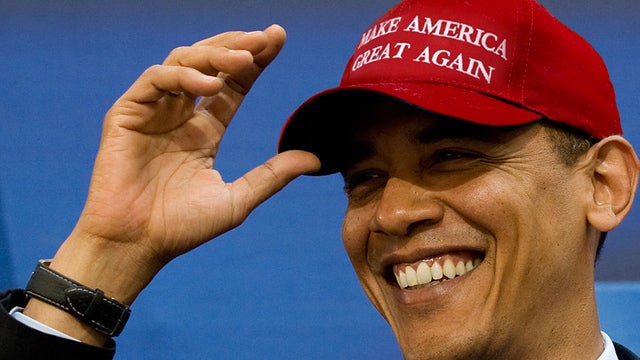 "Where's he gonna get these jobs coming back?" Obama didn't think this was possible. Obama didn't even want this kind of economy. Remember Obama and his buddies were talking about a new era of decline that only courageous leftists were capable of managing and so forth? Now, all of a sudden, Obama wants credit for this economy. What's this about? Why does Obama care all of a sudden -- and does Obama realize what he's doing here? Obama is endorsing Trump's economy.

He's not bashing it.

He's asking to be given credit for it!