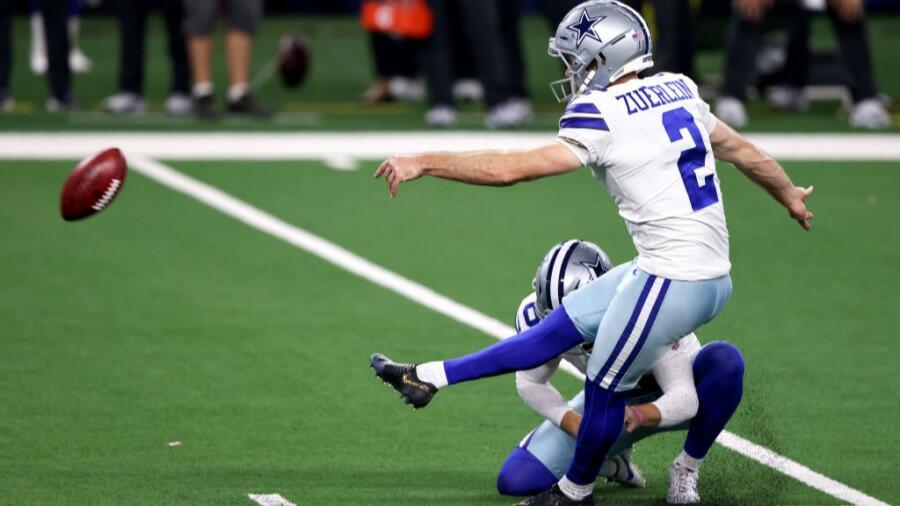 Greg Zuerlein's 34-yard field goal as time expired lifted the Cowboys to a wild 37-34 win over the Giants at AT&T Stadium. The news was not all good for Dallas, however, as quarterback Dak Prescott was lost to a third-quarter ankle injury. Andy Dalton was 9-of-11 for 111 yards in relief. Ezekiel Elliott rushed for 91 yards and two touchdowns as the Cowboys improved to 2-and-3. Daniel Jones was 20-of-33 for 222 yards and a lost fumble for New York, which remains winless at 0-and-5. Devonta Freeman ran for a score and Kyler Fackrell returned a pick for a TD in defeat.