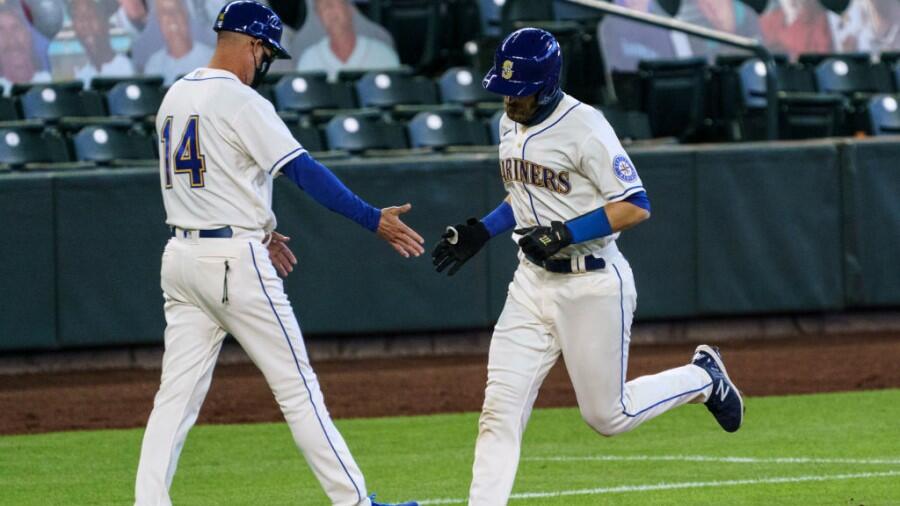 The Mariners hit three home runs to back six shutout innings from Justin Dunn in a 4-1 win over the Rangers in Seattle. Dunn struck out six while allowing just one hit and no walks for his second win. Taylor Williams notched his sixth save as the M's swept the three-game series. Kyle Lewis, Austin Nola and Sam Haggerty all went deep for Seattle. Mike Minor fell to 0-and-5 with the loss for Texas. Jeff Mathis broke up the shutout with a solo homer in the eighth. The Rangers have dropped eight in-a-row.