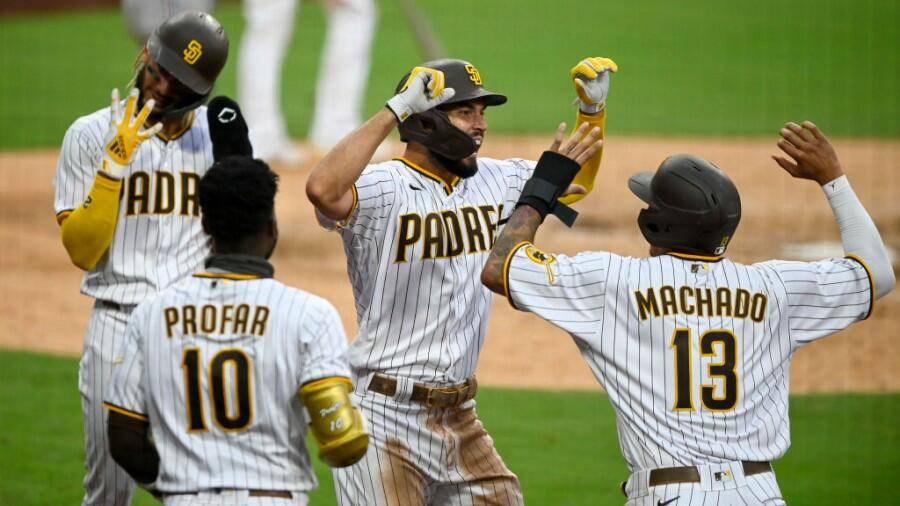 Eric Hosmer hit a grand slam as the Padres clipped the Rangers 8-7 in 10 innings in San Diego. It's the fourth game in-a-row the Friars have hit a grand slam, which is an MLB record.

Jake Cronenworth drove in the winning run in the 10th. Pierce Johnson picked up the win for San Diego, which has won four straight. Jose Trevino and Nick Solak homered for Texas. Luis Garcia took the loss, the Rangers' fifth in-a-row.