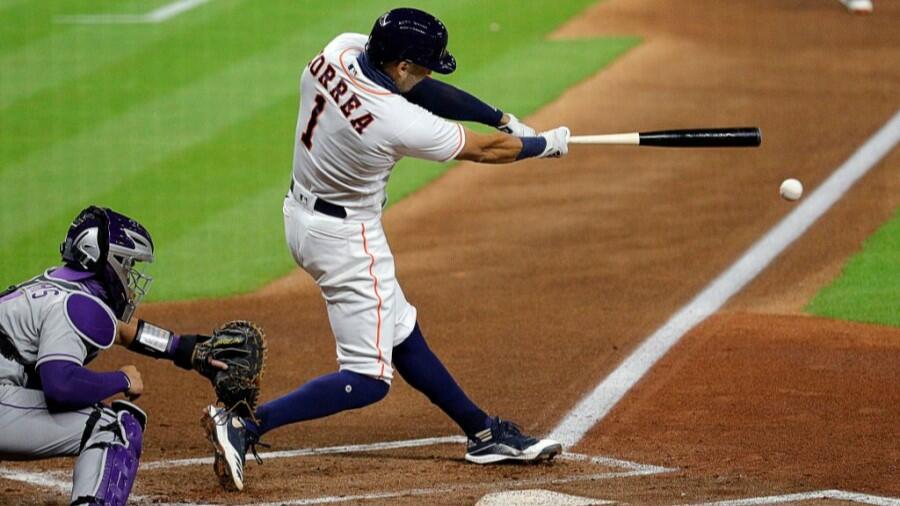 Carlos Correa's two-run double in the first was all the Astros needed as they edged the Rockies 2-1 in Houston. Brandon Bielak gave up just one run over six innings for Houston to pick up the win.

Blake Taylor notched the save for Houston, which has won five straight. Trevor Story homered for Colorado. Kyle Freeland took the loss after giving up two runs over six innings for the Rockies, who have lost six of eight.