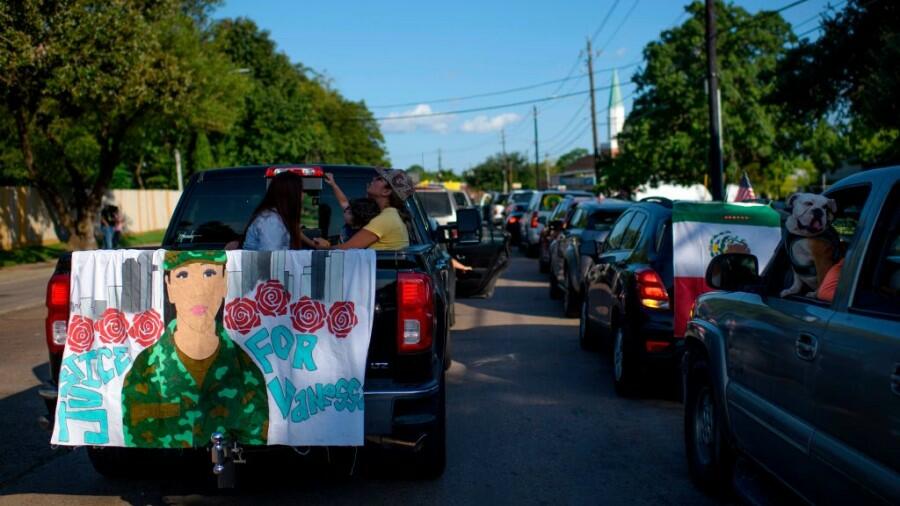 Army Specialist Vanessa Guillen is now laid to rest. A private funeral was held yesterday in Houston nearly four months after the Fort Hood soldier was last seen. Remains were found about 30 miles from Fort Hood at the end of June, but it took almost a week for officials to confirm they belonged to Guillen. One suspect in the case killed himself just before he was arrested while Cecily Aguilar is facing a charge of conspiracy to tamper with evidence.

Photo: Mourners watch as balloons float away during a balloon release event in honor of US Army Specialist Vanessa Guillen in Houston, Texas. (Getty Images)