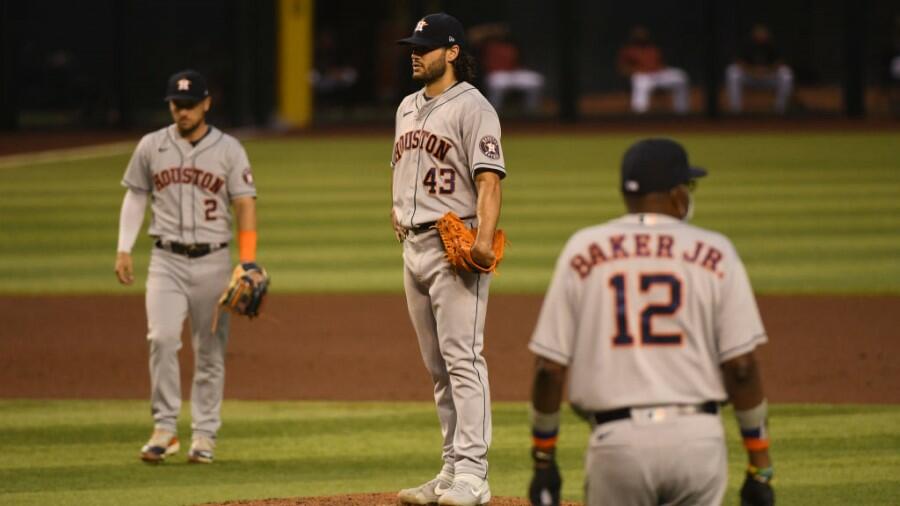 David Peralta's three-run triple highlighted a nine-run fourth inning as the Diamondbacks hammered the Astros 14-7 in Phoenix. Kole Calhoun clubbed a two-run inside-the-park homer to start the big inning for the Snakes, who snapped a three-game skid and improved to 4-and-8 overall.

Peralta also went deep in the seventh. Robbie Ray picked up his first win despite allowing six runs in five innings. Lance McCullers Jr. was rocked for eight runs in less than four frames as he fell to 1-and-1. George Springer, Kyle Tucker, Yuli Gurriel and Abraham Toro all homered for Houston, which slipped to 6-and-5.