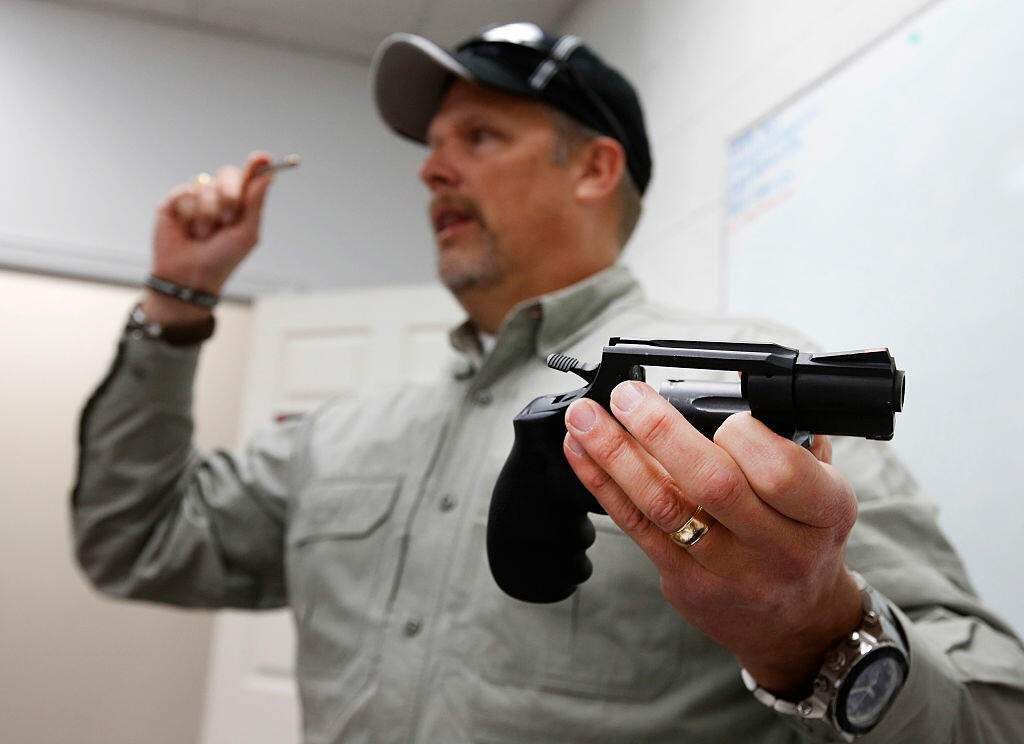 A bill that is making its way through the Texas Legislature would forbid police, sheriffs offices, the DPS, or any other Texas law enforcement officer from enforcing federal laws restricting the use of 'suppressors,' on firearms, News Radio 1200 WOAI reports.

State Rep. Tom Oliverson (R-Houston) says the laws that restrict the use of what are sometimes called 'silencers,' are ridiculous, cumbersome, and completely out of range of any potential danger the devices may pose to the public.

He says the federal officials who approved the restrictions got their information about suppressors from watching movies and crime TV shows.

"These devices are heavily regulated by the federal government, and you see them in movies as completely misrepresented," Oliverson said. "Those of us who own one or have owned one know that they are far from a 'silencer'."

He says in the movies, the bad guy fired a gun equipped with a 'silencer' and the gunshot makes an almost inaudible 'pfft' sound. Oliverson says in reality, silencers only lower the volume of the gunshot enough to protect the hearing of the person firing the weapon.

"A rifle shot is around 160 decibels, which OSHA would consider to be over the threshold where it can cause serious hearing damage," he said. " A suppressor lowers that to about 130 decibels, which gets it just underneath that threshold.""

He says 130 decibels is still the level of sound made by a military fighter jet taking off, hardly silent enough to conceal a gunshot. He says as a result, suppressors are used in less than .003% of all gun crimes, a negligible number, and certainly not enough to warrant the inconvenience to law abiding gun owners caused by the current federal regulations.

So Oliverson's bill would essentially nullify the federal regulations, while at the same time removing all state restrictions on the devices.

The law is the latest in a series of actions where state governments are taking on federal regulations that the states, and even that local governments, consider to be illegal by refusing to enforce guns. Several sheriffs in western states say they will not enforce gun restrictions they consider to be in violation of the Second Amendment, and many cities have operated in the face of federal immigration laws by declaring themselves to be 'sanctuaries,' where federal immigration laws do not apply.

Oliverson's law also follows an enforcement track which is increasingly being used. Rather than calling for criminal penalties for violators, it would open violators from being sued in civil court, which is becoming in many cases a more powerful deterrent. For example, in the case of many protesters, a 'go fund me' account is already set up for bail, and an ACLU-type lawyer is standing ready to represent the protesters, making criminal punishments relatively meaningless.