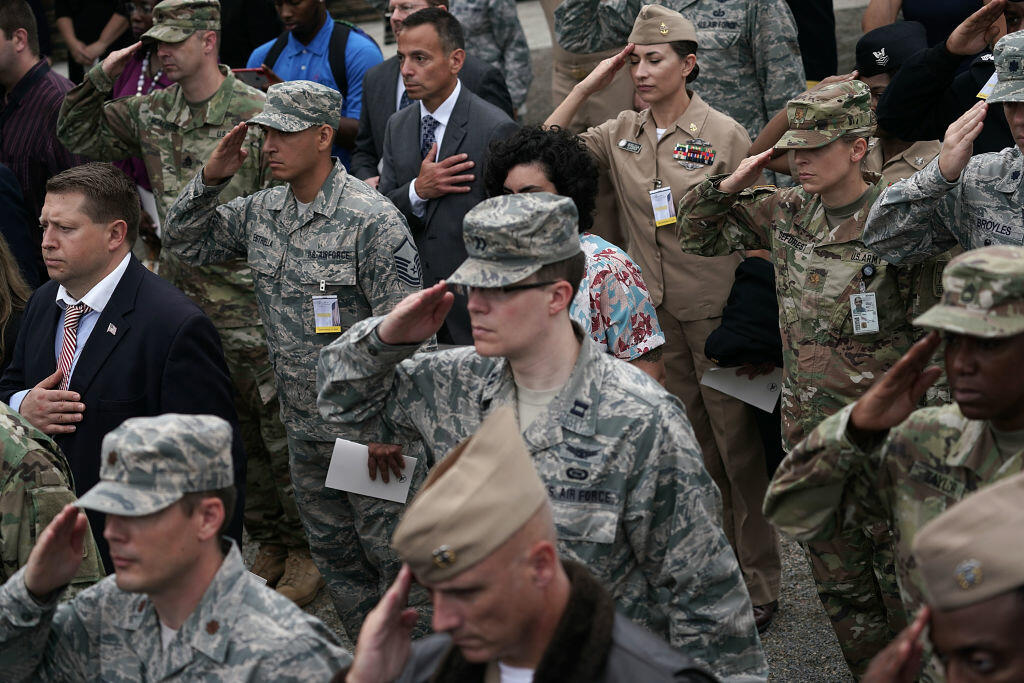 A federal judge in Texas has ruled that it amounts to unconstitutional gender discrimination for the Selective Service System to require young men to register for the military draft at age 18, and face penalties ranging from a loss of government benefits to criminal prosecution, for not doing so, while not requiring the same of 18 year old women, News Radio 1200 WOAI reports.

Ruling in a lawsuit brought by an obscure California based organization called the National Coalition for Men, U.S. District Judge Gray Miller in the Southern District of Texas cited, among other precedents, the Obergefell decision which legalized same sex marriage.

"Laws differentiating on the basis of gender attract heightened review under the Constitution's equal protection guarantee," Miller ruled. "Typically, the defender of legislation that differentiates on the basis of gender must show at least that the classification serves important governmental objectives, and the discriminatory means employed are substantially related to the achievement of those objectives."

Judge Miller further said that the important governmental objectives must be served 'Today. It is insufficient that those objectives were served in the past."

He cites the changing role of the military away from a profession requiring mainly brute strength and other 'overtly male characteristics,' and into a more technically based field where women have clearly been shown to perform as well as men.

"If the statutory objective is to exclude or 'protect' members of one gender because they are presumed to suffer from an inherent handicap or to be inately inferior, the objective itself is illegitimate," he wrote.

While there has been no military draft since 1973, and the military has repeatedly said it has no desire to re-establish the draft, the Selective Service System still requires all young men to register on their 18th birthday.

Miller said there is no evidence that women are 'more combat-averse' than men, nor that women could not satisfactorily perform all of the duties now required of a member of the armed forced.

He also rejected 'administrative difficulties' in Congress refusing to require that women register for the draft back in 1980, saying things like separate restrooms and other facilities have clearly been overcome by the large number of women freely enlisting in all branches of the military and enrolling in the service academies.

"The average woman could conceivably be better suited physically for some of today's combat positions than the average man," Miller said. "Combat roles no longer uniformly require sheer combat size or muscle. Defendants provide no evidence that Congress provided evidence of alleged inferiority in combat."

The ruling comes as a Commission of the Selective Service Administration is looking into whether the framework for a military draft should continue to exist at all, and if it does, who should be required to register.