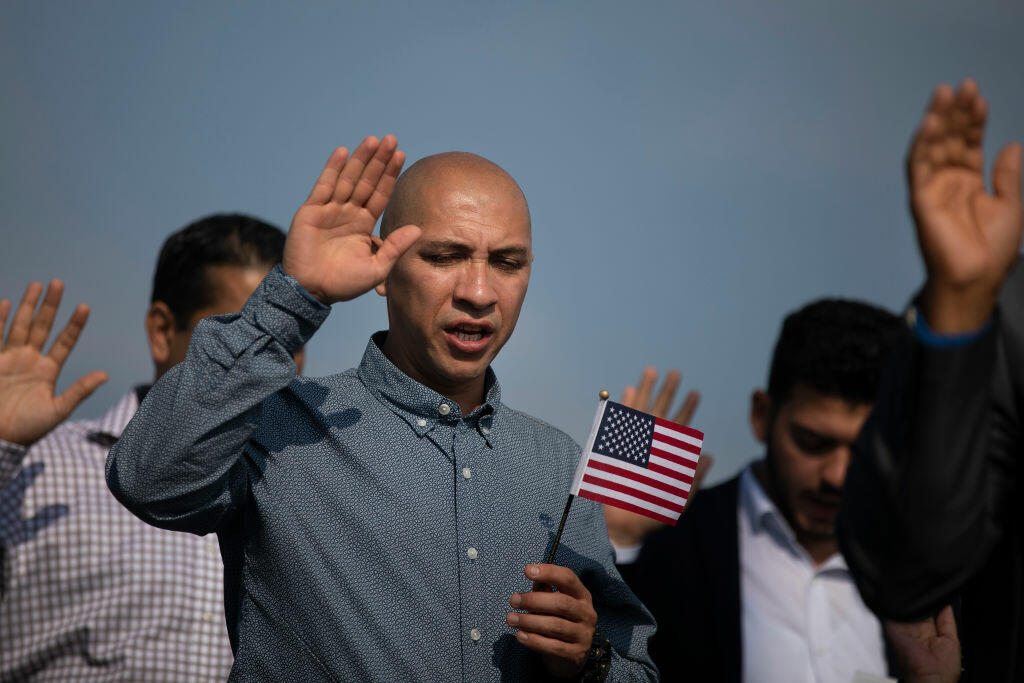 While we are talking about building walls and deploying the military to prevent people from entering the U.S. illegally, some 223 people who did it the right way and came here legally will raise their right hands today and become naturalized U.S. citizens, News Radio 1200 WOAI reports.

The new Americans hail from forty nations on five continents, and include some interesting people.

Melissa Cervantes is a Mexican professional wrestler who competes under the stage name of 'Thunder Rosa.'

All 223 have demonstrated good conduct, have completed rigorous background checks which take years to complete, and have completed a Naturalization test which includes questions that a new survey shows only four out of ten native born Texans can pass.

They also have to be able to demonstrate that they have never attempted to enter the U.S. legally, which will scuttle a citiizenship application.

The will stand before U.S. Magistrate Judge Elizabeth Chestney this afternoon and solemnly, many with tears in their eyes and with their loved ones close, will recite the oath they have dreamed of for years: